A recent study by the American Civil Liberties Union of Florida shows that in Miami-Dade County, black children make up only 20 percent of the student population but account for almost 60 percent of student arrests.

Following the report’s release, school board member Steve Gallon III has proposed that the board itself should analyze these disparities each year and devise ways to eliminate the bias that leads to more black kids getting arrested. After a passionate discussion about the disparity, the board this week unanimously voted to pass a policy to better analyze arrest data and get the full demographic picture of how schools discipline different groups of students.

Gallon tells New Times that Superintendent Alberto Carvalho’s office already receives arrest data, but there is no formal mechanism in place for that data to be reviewed consistently and for policies to be made after analysis of it. The greater issue for Gallon is that the data does not give a detailed picture of the arrests.

“The arrest numbers are given holistically with the total numbers, but what I am pushing for is a deeper dive that disaggregates data by racial groups and demographics,” Gallon says.

Nevertheless, during the school board meeting, other board members brought up a letter from Carvalho in which he pointed out computational errors in the ACLU report.

“The ACLU report… erroneously indicates that 0% of the District’s principals identify as Black. In reality, over 30% of principals in M-DCPS identify as Black,” Carvalho’s letter stated. The letter also pointed out the declining rates of arrest for black youth in Miami-Dade schools, going from 1.3 arrests per 1,000 students in 2014 to 0.8 in 2018.

Gallon grew noticeably fired up after the letter was mentioned at the meeting. He told fellow board members and the audience that mentioning small inconsistencies and asking for more data was a method out of a “playbook”  for distracting people from the truth about the plight of African-Americans in this country, the same one he has experienced himself as a black man.

“I don’t have to research the narrative about the challenges and obstacles and discrimination and disparate treatment that comes with being black,” Gallon said at the meeting. “I am the narrative — I live and embody the research 365 days of the year.”

The newly passed measure calls for the board to annually review arrest data for students in the public school system. Gallon hopes to decriminalize behavior that can be dealt with at the school level and to reduce the school-to-prison pipeline mentioned in the ACLU report.

“If a person vandalizes a building in public, they should get arrested. But if a student does graffiti in a school, the school can deal with that and have punitive measures in place for the student rather than sending them through the juvenile justice system,” Gallon says.

This all begins, though, with recognizing the implicit bias present in the school system and striking at the heart of the problem. Gallon hopes to expand implicit bias training on race to not only school police officers but also other school personnel.

The push within Miami-Dade comes at a time when many school districts are looking for ways to close the racial gap in student discipline. Broward County famously devised the Promise Program as a way of diverting students with behavioral issues away from the criminal justice system. But the program has recently come under fire after it was revealed by WLRN that the shooter in the Marjory Stoneman Douglas massacre was part of that program.

Gallon says that his item is merely a data-analysis policy rather than a diversionary program and that comparisons to Promise in Broward or any similar analyses in Miami-Dade would not be appropriate. 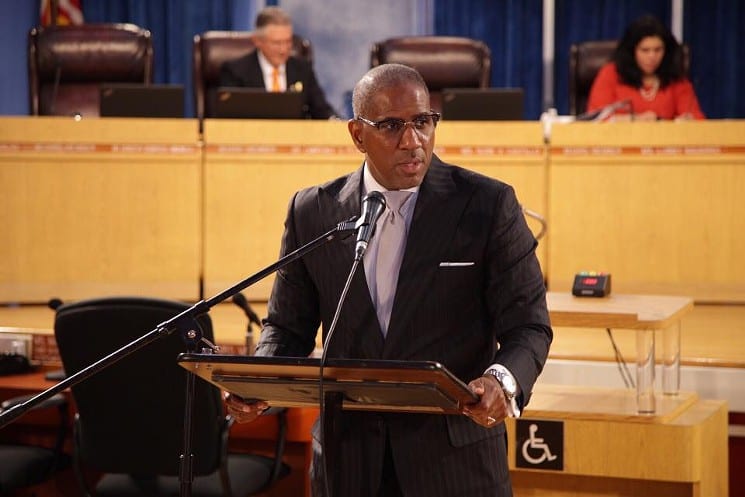 Page load link
We use cookies to ensure that we give you the best experience on our website. If you continue to use this site we will assume that you are happy with it.Accept
Go to Top